Resistance is in the very DNA of dance, for dance is expressed by the body, is beyond words. And dance has always developed by questioning its own codes, from ballet to contemporary dance. It comes as no surprise, then, that it also resists social conventions and dominant trends. Three works presented from January 24 to 27, 2018 at Agora portray resistance in many forms, resistance that goes beyond political sloganeering. The first form of resistance all three pursue is to resist the conventional proscenium stage format, so as to renew their engagement with the audience.

See all events in: Résistances Plurielles

Which saint should one pray to? Icône Pop incarnates the ambivalence of a society that has lost its bearings, that sanctifies self-glorification. A playful clash between religious and pop icons, from Beyoncé to the Virgin Mary. 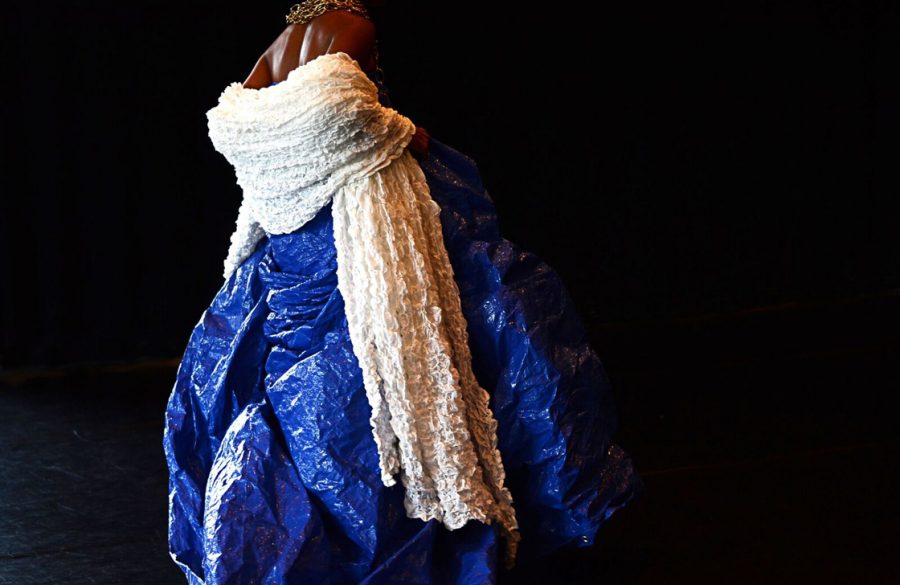 After Animal Triste, presented at Agora in 2017, Mélanie Demers continues to pursue dance that engages the audience with this solo performance set to live music by Mykalle Bielinski.

She embodies the many postures of women, one after another, from yesterday to today, from the saintly, self-sacrificing mother to the powerful contemporary pop star worshiped to the breaking point  – revolt or disintegration. Between the sacred and the profane, she draws a portrait of fragmented feminine identity.

Icône Pop was commissioned by the B. Motion festival in Italy. It was created in situ in an Italian church around the theme of the Stabat Mater, which evokes the suffering of the Virgin Mary at her son’s crucifixion. Even uprooted from its origins, Agora de la danse is convinced that the work will take on new meaning.

For this return to a solo performance, Mélanie Demers continues the work begun with Animal Triste. Her choreography is more performative than theatrical, more organic than formal. She reveals with a touch of (often cynical) humour the dark side of mankind, but with bodies imbued with radiant movement.

After a 10-year career as a dancer for O Vertigo, Mélanie Demers founded her own company, MAYDAY, where she explores the strong connection between poetics and politics. A socially engaged artist, she has taught dance in Kenya, Niger, Brazil and Haiti. The political and social conditions of developing countries have led her to create art whose force lies in its capacity to encourage action and reflection. It was in that perspective that she created Les Angles Morts (2006), Sauver sa peau (2008), Junkyard/Paradis (2010), Goodbye (2012), MAYDAY remix (2014) and WOULD (2015). In 2016, she began a new creation cycle with Animal Triste, which opened Agora’s first season in the new Wilder Building in February 2017, and Icône Pop. She has a repertoire of some twenty original works that have been presented in over thirty cities in Europe, America, Africa and Asia.

To that end Demers presents captivating movement under explosive restraint, where primal, animal identity is subdued by an awareness that twists and contorts the body, leaving it constantly off balance.