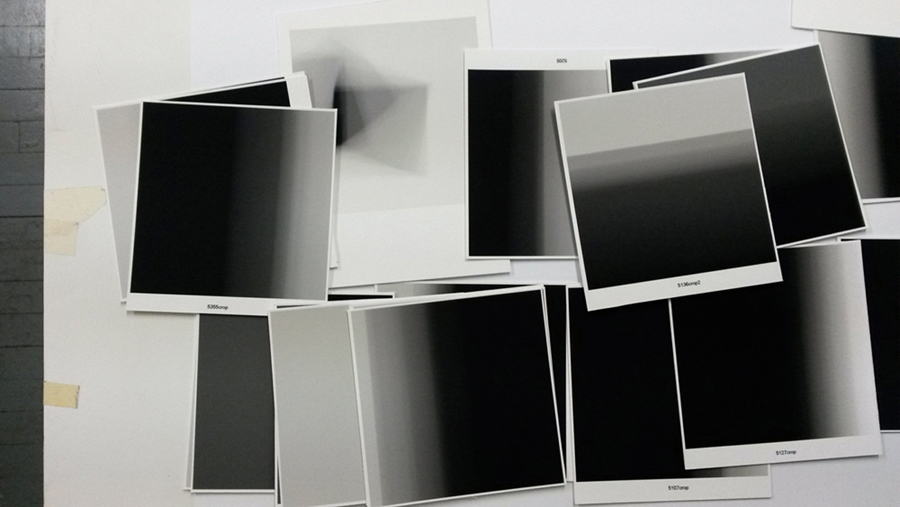 Currently in my studio I’m painting and cutting out shapes and forms prior to photographing them, often hundreds of times, using relatively long exposure times. By combining several basic parameters of painting and photography, I explore tints and hues, tonality, saturation, contrasts, diverse means of applying paint, moving the camera while the shot is being taken, the position of the body in relation to the subject, camera shake and motion blur effects. Arbitrary coincidence and random camera movements create a disparity between the image and the original. Shapes and colours increase, dissolve, giving rise to myriad visual effects. The result imperils my sense of anticipation and often represents a challenge to viewing and comprehension.

On the dividing line between what in the past was supposed to render painting obsolete, I have found fertile soil favourable to its revival. The act of painting is extended by other means as the camera replaces the paintbrush through a rigorous process that is nonetheless open to a playful and random approach.

Thanks to Mona Hakim for her greatly appreciated collaboration.