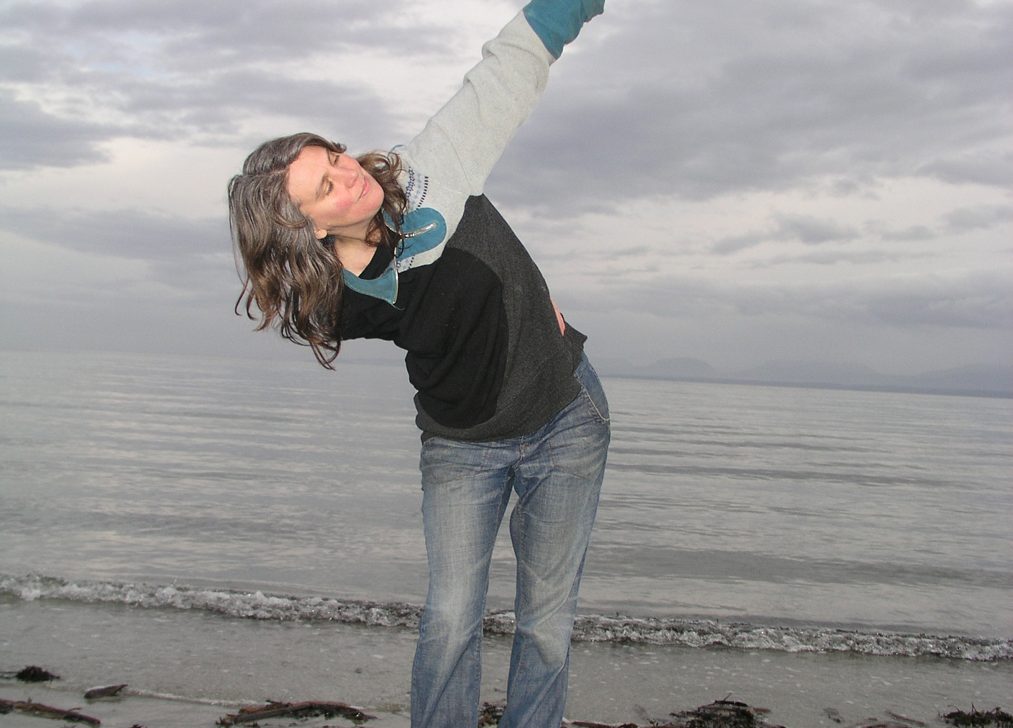 In Sarah Chase’s hypnotizing pieces, words and stories are part of the dance as she spins her tales in an intimate spirit of confidences shared. The spoken word is almost as important as the movement, with both mixing together to create something bigger. In her new work, Sarah Chase has combined elements of the landscape, as well as music, history and the mathematical principals. In this performance, the choreographer echoes the biography of the great Russian composer Nikolaï Rimski-Korsakov and the performer’s own personal stories. As a child, Rimsky-Korsakov was inspired by a great love of the ocean and the tales told to him by his older brother, a navigator and explorer. In 1862 Rimsky-Korsakov went to sea, where he would remain for two years and eight months. After two years, “thoughts of distant lands began to allure me while thoughts of becoming a musician and composer gradually left me altogether…” Nonetheless it was from this voyage that the first strains of his greatest orchestral work, Scheherazade, would later emerge. These testimonials find perfect resonance in the work of Sarah Chase, who has ventured off the beaten path and out of the dance studio, preferring to pursue dance outdoors, on the beaches of the island she calls home. Strongly influenced by the ebb and flow of the tides and the movement of the elements, she creates elegant works where she is a storyteller weaving at a loom, stitching together a quilt of unique dance.