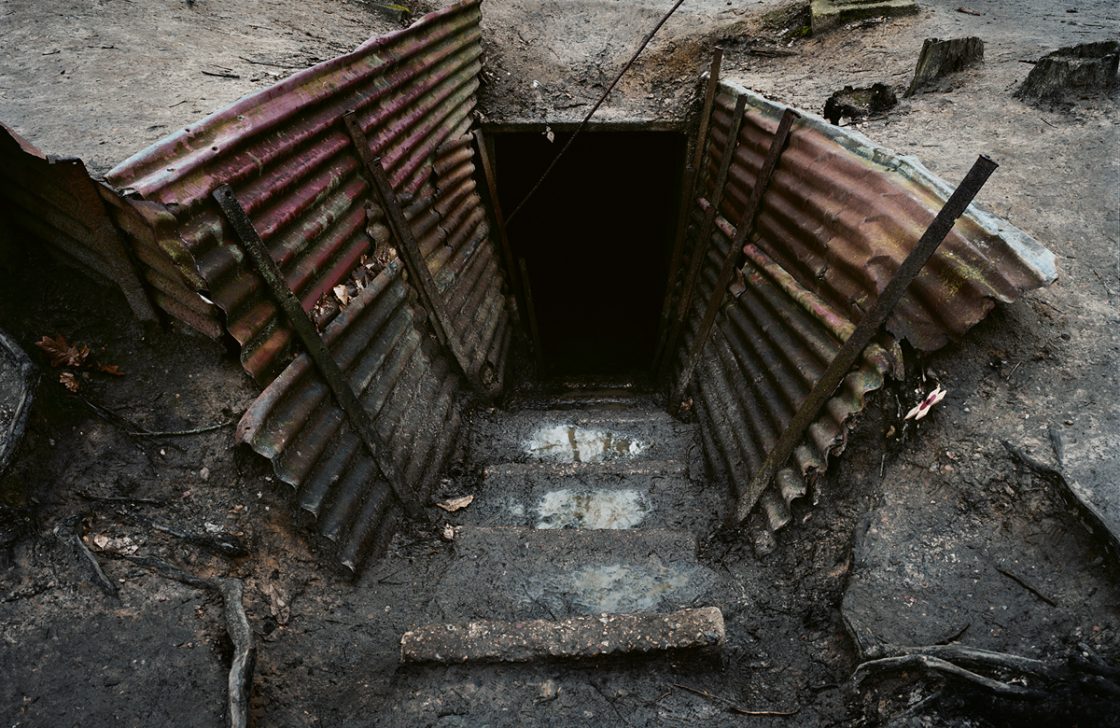 This project took shape in France and Belgium between 2005 and 2009 in an attempt to understand what the First World War left behind in the collective memory of those nations. It led Bertrand Carrière to what was then known as the Western Front, from the valley of the Somme to Picardie, Artois, the Pas de Calais (Strait of Dover) and on to Belgium and Flanders Fields. In these former battlegrounds, blackened and laid to waste, he hoped to capture the special light of those northern plains, for in that damaged landscape and singular topography lies untamed beauty. After the destruction, the cries and screams, the moaning and pain, the land slowly healed and revived as nature reasserted itself. It was not so much traces of the war he was seeking as the desire to seize hold of the landscape, to get beyond the fog of facts in order to activate a far-reaching memory, a muted memory inscribed deep in the very ground. History, memory, journeys, stories and rambling are paradigms linked to time, appearing as images in Bertrand Carrier’s photography since the early days of his career as an artist.

Open on performance nights at the Studio

Special thanks to Mona Hakim for her generous collaboration