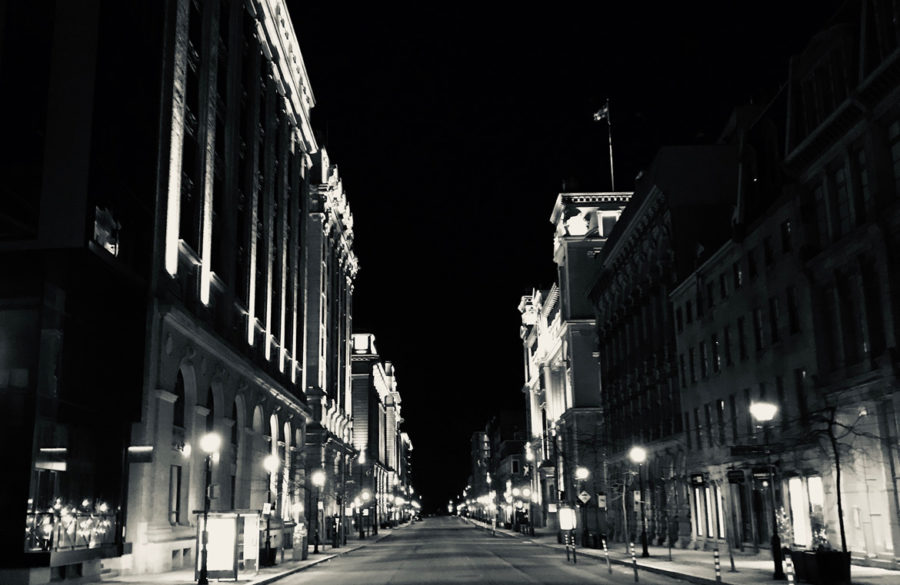 The pandemic and the resultant confinement turned our lives upside down and disrupted life in the city. During this very rare situation, Montreal slowed down, leaving streets, avenues and iconic public spaces, usually vibrant with activity and effervescence, empty of life. Lucie Bazzo created a portfolio of snapshots and scenes taken on her cell phone during solitary walks along deserted streets. A privileged witness to this sudden solitude, she captured its lighting and architectural lines. There is something surreal about photographing the city while standing safely in the middle of the street, as disconcerting as the deserted shops, bars and restaurants. Between the strange, incredible force emanating from this absence of life and a readily imaged distress conveyed by these photos, Lucie Bazzo aims to share snapshots of small moments captured during exceptional times.
Exhibition with text commentary by the writer Lise Vaillancourt. 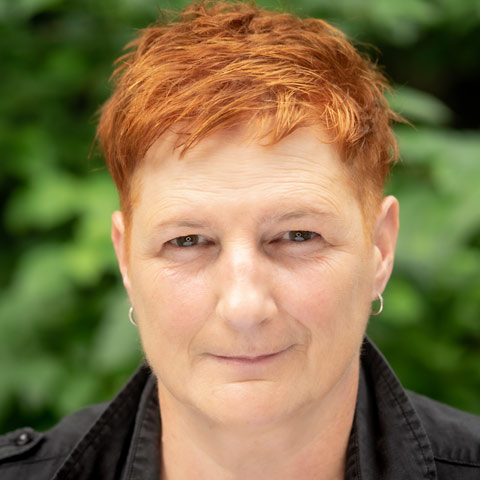 A lighting designer for theatre and dance shows for over 30 years, Lucie Bazzo has worked with numerous choreographers and directors while also pursuing an interest in photography and other visual art practices (such as the vintage lamps and lighting fixtures at the Wilder), with lighting being her main source of inspiration. During an artistic residency in London she actively renewed her interest in photography by walking around the city, especially in the evenings. Adopting the same approach in Montreal, Lucie Bazzo views each photo as a small scene where spectators are free to create their own narrative.

Only during performance nights in Espace orange